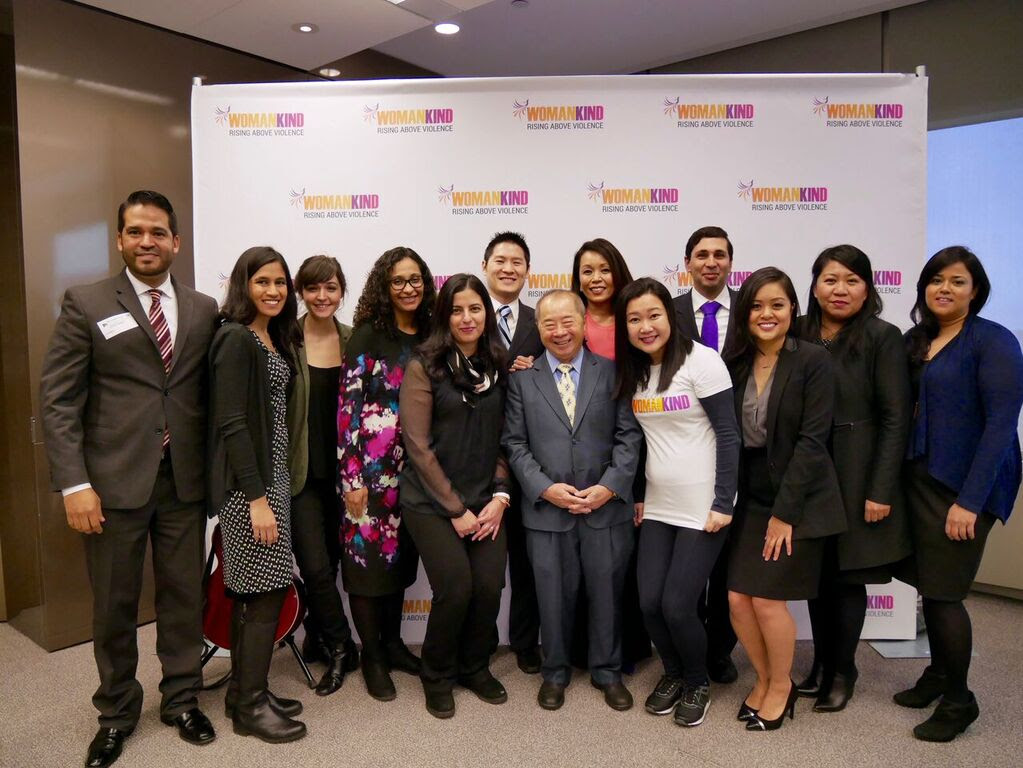 Womankind Staff and Board Members (Photo by Hannah Bae)

NEW YORK (Jan. 26, 2017) — The New York Asian Women’s Center, a leader in providing innovative and award-winning multilingual and culturally responsive services to survivors of domestic violence, human trafficking, sexual violence and later in life abuse, officially changed its name to Womankind at a press conference in Manhattan on Tuesday.

“We changed our name to create an identity that speaks to the power of our unique ways of thinking and doing – changing paradigms, building and healing,” said Larry Lee, executive director of Womankind. “And to show that we are more inclusive and transforming. We changed because we had outgrown our name.”

For 35 years, Womankind has helped Asian women and their children rise above trauma and build a path to healing through counseling, safe and confidential emergency housing, immigration and legal services, economic empowerment programs and so much more.

Representatives from the organization also revealed the trailer of a short film by director Benjamin Ross called “Rise Above,” which premiered during the Sundance Film Festival in Park City, Utah, last weekend. The virtual reality (VR) film focuses on Brittany, a South Asian youth survivor of sexual violence, and was produced by Oculus’ “VR For Good” initiative.

“It was great to be able to tell my story of abuse through the medium of virtual reality and to be able to share the film through social media,” said Brittany. “I hope the film encourages more people from my generation to report abuse and speak out against violence.” The “VR for Good” initiative will make its rounds through the film festival circuit and will, eventually, be available to view in its entirety on the organization’s recently revamped web site, www.iamwomankind.org.

The organization also announced the opening of a new community office in Brooklyn, which will allow advocates to provide services for double the number of victims from that community. The Brooklyn Center makes for a total of THREE community offices and TWO emergency residences that Womankind manages in New York. Indie rock artist Queen V ended the press conference on a high note by performing her rendition of “Broken Wings,” which is now available on I-tunes. Proceeds from the sales will benefit Womankind.