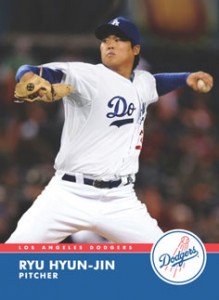 Ryu will start tonight’s game against the Mets at Citi Field, his eighth start of the season and first since April 27 against Colorado. The 27-year-old has gone 3-2 with a 3.00 ERA this season, but has posted a 3-0 record without allowing a run in 26.0 innings in his four road starts. Dating to 2013, Ryu has tossed 28.0 scoreless innings on the road, tying Eric Gagne for the fifth-longest road scoreless streak by a Dodger since 1980.

Withrow has posted a 2.95 ERA in 20 appearances with the Dodgers this season, while limiting opponents to a .143 batting average with 28 strikeouts in 21.1 innings.