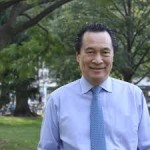 WASHINGTON, D.C. (Nov. 10, 2015) — OCA – Asian Pacific American Advocates is severely disappointed by the Fifth Circuit Court of Appeals decision to delay the expansion of the President’s executive actions on immigration, also known as the Deferred Action for Childhood Arrivals (DACA) program and the Deferred Action for Parents of Americans and Lawful Permanent Residents (DAPA) program.

Yesterday, the Fifth Circuit Court of Appeals decided 2-1 to uphold an injunction on the President’s executive action programs, DACA and DAPA. This comes after a lower court ruling in February that began the injunction, and a denial of stay by the Fifth Circuit in May.
“This decision will undoubtedly have a negative impact on the 400,000 Asian and Pacific Islander undocumented individuals living in this country,” said Ken Lee, OCA Chief Executive Officer. “Undocumented immigrants have waited for over a decade for immigration reform, and DACA and DAPA are the only reprieve provided in the absence of legislation. Judge Jerry Smith claims that the injury caused to the state of Texas by DAPA will be in the millions of dollars, but the suffering caused by this ruling can only be measured in the anguish and suffering of hundreds of thousands of immigrants who have built their lives in America. The Fifth Circuit has again failed to see President’s legal authority to create programs to enforce immigration law within our borders or weigh the costs of neglecting basic fair treatment of undocumented mothers, fathers, brothers, sisters, sons and daughters.”

“We remain hopeful that the Supreme Court will overturn this unfortunate ruling and find that the President’s actions are fully within the law,” continued Lee. “Until then we will continue to spread awareness and activate the Asian American and Pacific Islander community in support of both executive action and comprehensive immigration reform, which is the only solution that will provide permanent relief to our immigrant communities. Our community is tired of the political gamesmanship that treats undocumented immigrants like pawns to be sacrificed for a temporary gain in the polls. We remain hopeful that the legal obstruction to the program’s implementing are just hurdles towards securing the safety of undocumented families and clearing a pathway to citizenship. At OCA, we remain committed to ensuring that reality.”