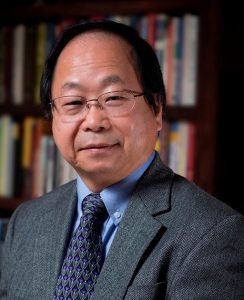 ‘The Making of Hmong America: Forty Years after the Secret War’, is the most recent book from Kou Yang, a professor emeritus of ethnic studies at California State University, Stanislaus.

The book examines the Hmong community’s role in the American Secret War in Laos through the 1960s and into the mid 1970s, followed by the refugee exodus from Laos to the refugee camps in Thailand, and the challenges to find third countries to take Hmong refugees including France, Australia, Canada and the United States. The book analyzes the process of acculturation into American society since the 1970s, the reception by the American people and government and the creation of Hmong enclaves throughout the country.

Kou Yang said writing “The Making of Hmong America” was important to him and that believes the book is very important for the Hmong people and to the public in general for addressing the many issues relevant to the Hmong experience both past to the present in a unique way. The success stories of many Hmong Americans are also important to tell, whether art or high-tech, academia, military, law and politics, he said.

“It is my belief that the past cannot be changed, but we can learn from the past to understand the present and build a better future,” Yang said.

The story starts with doubts that the highlander refugees from Laos were suitable for resettlement into the United States. Kou Yang details the adaptation of Hmong Americans to their new lives in the United States, facing discrimination and prejudice, and the advancement of Hmong Americans over the past 40 years. As a relatively small uprooted refugee community the Hmong population grew to more than 300,000 by the year 2015; spreading to all 50 states while becoming a diverse and complex American ethnic community.

To get better insight into their diversity, complexity, and adaptation to different localities, Kou Yang uses the Hmong communities in Montana, Fresno and Denver as case studies. The progress of Hmong Americans over the past four decades is highlighted with a list of many achievements in education, high-tech, academia, political participation, the military and other fields. The book provides insight to the unique challenges of a complex and diverse Hmong experience. 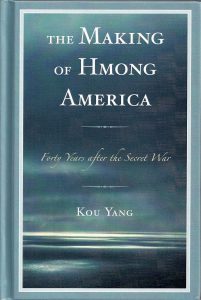 The Making of Hmong America

What others are saying about “The Making of Hmong America.”

“More than forty years after the US defeat in the Vietnam War, the history of the Hmong—who were involved in the ‘secret war’ in Laos—and their resettlement experiences has remained little known. Combining important Hmong perspectives with recently uncovered information about the exclusion of Hmong refugees from the 1975 Indochinese Refugee Resettlement program, Kou Yang’s book offers insightful reflections on Hmong involvement in the war and their efforts to be recognized as refugees. Yang challenges the US perception about the Hmong as unsuitable and too ‘primitive’ to adapt and resettle in American society. This book is an important read for anyone interested in the Hmong Laotian refugee generation, their American-born children, and their various history-making achievements.” —Ma Vang, University of California, Merced

“This study provides a comprehensive examination of the history of the Hmong people of Southeast Asia and their resettlement to the United States and other Western countries.” —Lee Pao Xiong, Concordia University

“Informed by the extensive research of one of the pioneers of Hmong and Hmong American studies, this study offers an experientially grounded perspective on Hmong integration into American society. Kou Yang argues that the Hmong immigrant story is a success story. Since their days serving as proxy soldiers in the US ‘secret war’ in Laos, Hmong Americans have come a long way to become contributing citizens to US society as entrepreneurs, educators, judges, doctors and lawyers. This portrait of Hmong in the United States stands in sharp contrast to the opinions of US officials in the 1970s and 1980s, which deemed Hmong refugees to be unsuitable for admission.” —Vincent K. Her, University of Wisconsin–La Crosse