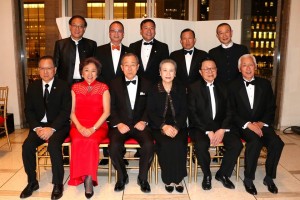 NEW YORK (Feb. 22, 2016) — The Committee of 100 has sent a letter to Judge Danny Chun of the Supreme Court of New York, Kings County, regarding the case of People vs. Peter Liang. The Committee urged the judge to render a fair and just decision commensurate with the applicable laws and circumstances of Mr. Liang’s case.

The Committee of 100 empathizes with the African American community over the loss of black lives without justification at the hands of law enforcement. We extend our sympathies to the family and friends of Akai Gurley and urge collective action to address long standing systemic issues of disparities in the criminal justice system.
At the same time, the Committee also supports appropriate and fair prosecution of these matters. A judicial system that indicts people selectively is troubling and contrary to our country’s treasured principle of equal treatment under the law. The Committee fully understands the anger and frustration of many in the Chinese American community who believe that former officer Liang was singled out as a scapegoat.
“We understand how the community feels, and are heartened to see people coming together with a strong voice,” says Herman Li, Committee of 100 Acting Chairman. “We strongly urge supporters to channel their frustrations into constructive actions to help former Officer Liang and his family move forward within the legal process.”
The Committee noted in its letter that the evidence in the case pointed to an unintentional blunder by a frightened, inexperienced policeman who may not have been fully trained or adequately supported. As importantly, Liang does not appear to be a danger to society.

“How Peter Liang is treated in this case will signal to Asian Americans whether we are equal members of society, Li adds. “As concerned Chinese Americans, we should and will continue to fight for equal treatment of Chinese and Asian Americans under the law.”

See below or click here for full text of the letter.