MINNEAPOLIS (Aug. 8, 2018) — Chinese American authors Yiyun Li is among the list of guest writers taking part in the University of Minnesota Department of English’ Fall Writers Series that was announced Wednesday.
Yiyun Li will close out the series on Oct. 30, following a series that includes a four-time National Poetry Slam champion, the reigning Pulitzer Prize winner in Poetry, two MacArthur “genius” fellows and a Chevalier of the Order of Arts and Letters. All events are free and open to the public. Patricia Smith is the author of eight collections of poetry, most recently Incendiary Art (2016), a volume focused on Emmett Till, which won the 2018 Kingsley Tufts poetry award; according to Publishers Weekly, this “urgent collection lives up to its title.” Her 2012 book Shoulda Been Jimi Savannah was awarded the Lenore Marshall Prize, presented by the Academy of American Poets in recognition of “the most outstanding book of poetry” published in America the previous year. Smith is a four-time individual National Poetry Slam champion. The winner of the 2018 Pulitzer Prize for Poetry meets the author of cross-genre masterwork The Argonauts: Share in discussion with two of the most respected and exciting writers in contemporary literature.

Frank Bidart is the author of Half-Light: Collected Poems, an anthology of 50 years’ worth of poems for which he won both the Pulitzer Prize and the 2017 National Book Award for Poetry; “Sublime,” marveled The New York Times, and “mesmerizing.” Maggie Nelson‘s works defy classification, ranging between poetry and memoir, theory and criticism. Praised by Vanity Fair for its “lyricism, intellectual brass, and soul-ringing honesty,” The Argonauts won a 2015 National Book Critics Circle Award for Criticism; her other titles include Bluets, The Art of Cruelty: A Reckoning, and The Red Parts. In 2016, Nelson received a MacArthur Fellowship. 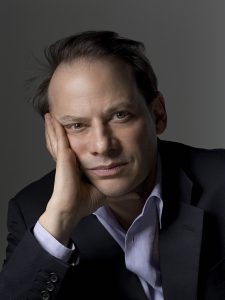 A longtime staff writer for The New Yorker, Adam Gopnik is the author of several essay collections and memoirs, most recently At the Strangers’ Gate: Arrivals in New York (2017), of which The New York Post noted: “Gopnik has a way of making daily domestic life both fascinating and moving.” He has also published two children’s novels and written music lyrics and librettos. In 2013, Gopnik was awarded the medal of Chevalier of the Order of Arts and Letters by the French Republic; he has won the National Magazine Award for Essays and for Criticism three times. Yiyun Li is the author of the collection A Thousand Years of Good Prayers, which won the Frank O’Connor International Short Story Award and the PEN/Hemingway Award. She’s also published two novels, The Vagrants (2009) and Kinder than Solitude (2014). The Boston Globe described last year’s memoir Dear Friend, from My Life I Write to You in Your Life as an “arrestingly lucid, intellectually vital series of contemplations on art, identity, and depression.” Li was named a MacArthur Fellow in 2010. [Event rescheduled from 2017.]

For more information on the series visit https://cla.umn.edu/english/news-events/events.
Also this fall, the UofMN English Department is hosting a series of public readings, screenings and talks celebrating the 200th anniversary of Mary Shelley’s earth-shaking classic Frankenstein; or, The Modern Prometheus.
More info: https://z.umn.edu/200frank