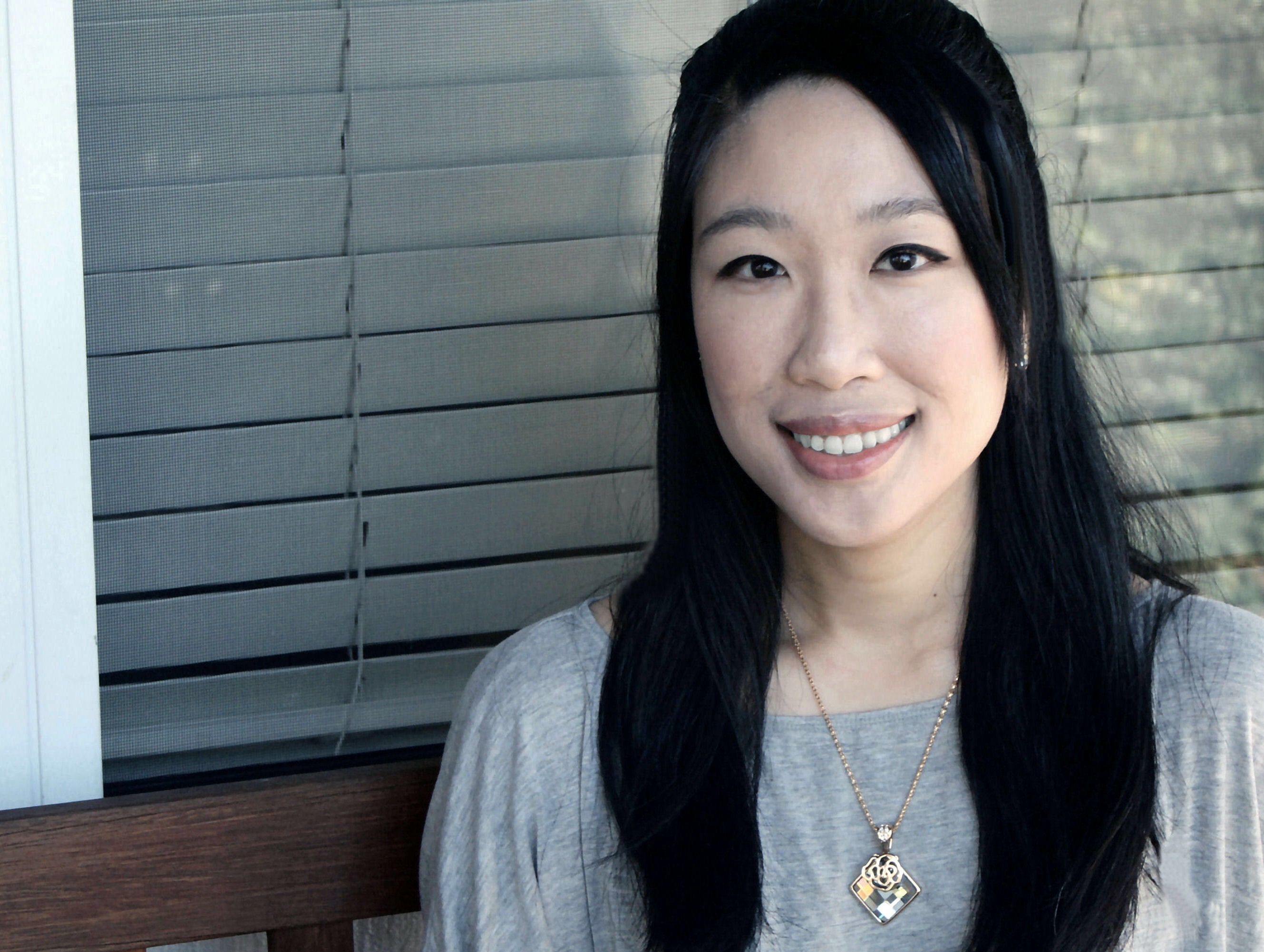 Benebell Wen is the author of Holistic Tarot: An Integrative Approach to Using Tarot for Personal Growth published by North Atlantic Books

LOS ANGELES (June 2, 2015) — Benebell Wen is the author of Holistic Tarot: An Integrative Approach to Using Tarot for Personal Growth published by North Atlantic Books in January, 2015. A certified tarot master by way of the Tarot Certification Board of America, she is a long-time practitioner of the art.

Wen is also a California and New York licensed attorney. She works as a corporate legal counsel for a venture capital firm in the Bay Area, California. In addition to tarot, Wen is a feng shui consultant, I Ching practitioner, numerologist, and astrology enthusiast. She now resides in Castro Valley with her husband and their beloved cat. Asian American Press had a chance to catch up with her.

Asian American Press: Tell us a little about yourself, and how did you develop an interest in tarot?

Benebell Wen: I’m Taiwanese American, a cat lover, and wannabe aspiring writer. I also have a terrible sweet tooth and love all sweets and desserts. For my day job, I work as an in-house attorney at an international firm that specializes in acquisitions, mergers, and venture capital.

As soon as I could read, I was gravitating toward books about world religious, spirituality, or the occult. So I don’t think it’s any surprise that as soon as I discovered tarot, which was in grade school at the Vestal Public Library, I was into it. However, I didn’t really begin reading tarot and practicing it until, I’d say, junior high.

AAP: There are many explanations of tarot out there, but what’s your personal favorite way of explaining the concept to someone who just has no idea at all what it’s about?

BW: The explanation I give will depend on what level of woo I think the person I’m speaking to is open to handling. 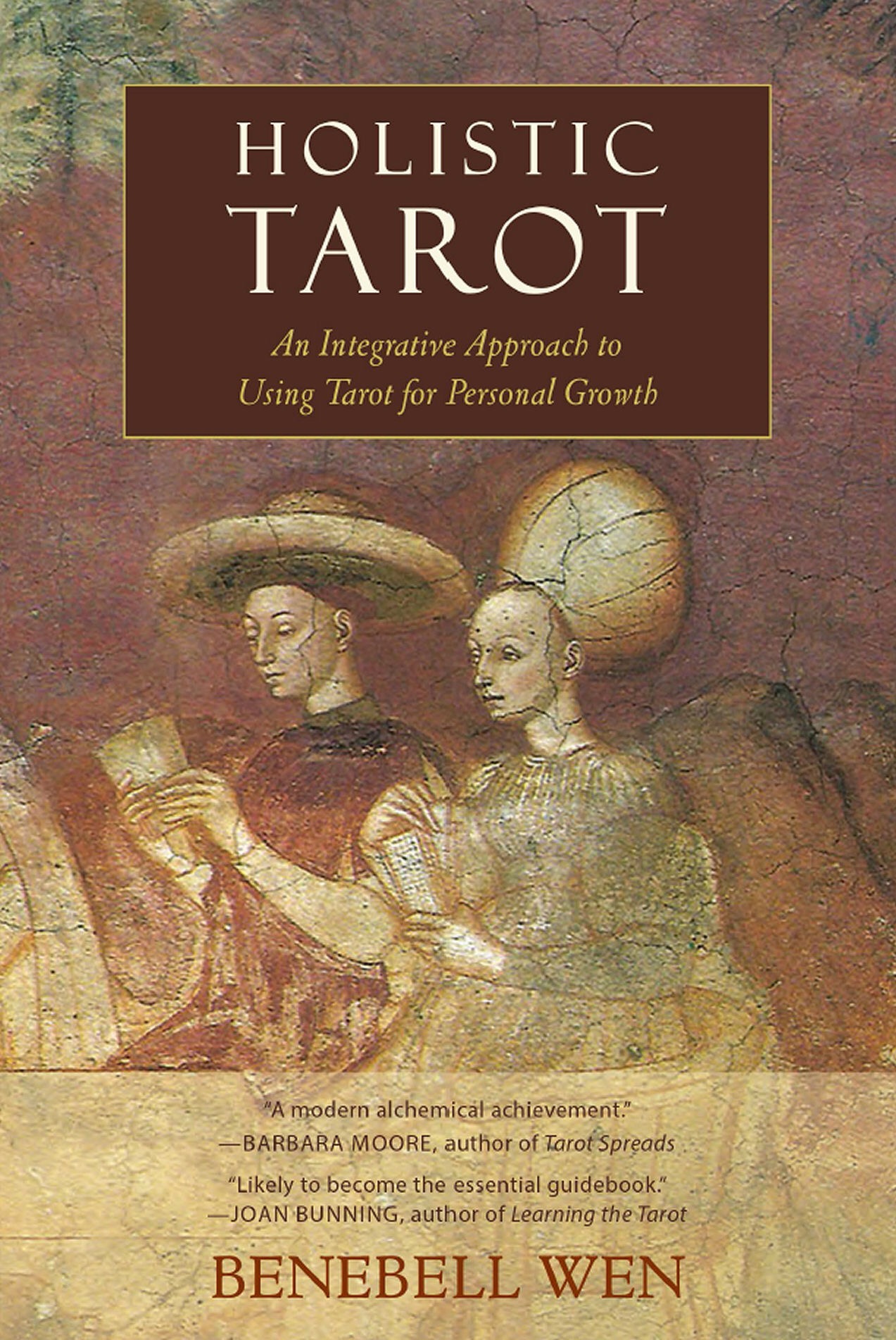 If low levels of woo are tolerable, then I’ll say something like, “You pull up random cards and meditate on the imagery and symbolism, and use it as a trigger for opening up your personal creativity, imagination, and inspiring reflection. By doing so, you’re compelling your conscious mind to think outside its typical thought process and by thinking differently from usual, you’re more likely to land on new, innovative ideas or realizations.”

If a higher level of woo can be tolerated, then this: Through our personal unconscious, which is a part of our minds that we don’t often access, we are connected to the greater unified collective unconscious, which is the metaphysical dimension of our physical world. Tarot’s signs and symbols is a language that our consciousness can use to communicate, in a way, with the unconscious part of our mind and through there, connect into that collective unconscious to retrieve information beyond physical laws and space-time. Yes, it’s a form of spiritual communication and even communion, but there’s also a psychological component to it, and that psychological component is expressed with different verbiage, different vocabulary depending on faith and religion. It’s both psychological and spiritual. Intuition is the tool we’re born with for connecting to that collective unconscious. Tarot is what helps us access our own intuition. How we make sense of that information, then, is often organized by our personal religious beliefs.

AAP: What are some directions in tarot literature you still feel are unexplored? Where are we seeing significant innovations? What are some key stereotypes you think still need to be challenged?

BW: I see tarot as a universal language that anyone from any background can learn and then use to communicate with that collective unconscious I was talking about earlier. However, that is not to say we can dismiss cultural influences on interpretation. Thus, I’m interested in seeing further exploration of the intersection between tarot and the various cultures or other non-Eurocentric metaphysical traditions, in particular the metaphysical traditions found in the East and throughout Asia.

The key stereotype to be challenged is the notion that you’re either using tarot in a spiritual, intuitive way that encompasses communing with supernatural entities from other dimensions and therefore you are special or you’re using it for psychoanalysis and therefore you’re not spiritual. I am frustrated by that internal split among tarot folk.

AAP: What was the most difficult thing about putting this book together?

BW: Editing it. Oh man, that book was a beast to edit.

AAP: Was your family supportive as you began to show interest in being a writer?

BW: Well, they didn’t discourage it in any way, but I’m not sure they actively encouraged it either. It was more like, “Oh, she likes to write. It’s her hobby. How nice.”

AAP: As a writer, when are you most satisfied with a piece?

BW: When every word on the page needs to be there and serves a higher purpose. When prose reads like poetry. When what I’ve written is actually saying something true and real (and I see “true” and “real” as being two different things here, and strong writing needing to be both).

AAP: What’s your starting advice for anyone thinking of getting into the use of the tarot in their creative process today?

BW: Get a tarot reading from a professional reader about your manuscript or writing project. Get a full color photograph of that card reading along with the names of each of the cards. Then do your own research on those cards and connect directly to the symbolism on those cards and the significance of that symbolism to you and your creative process.

From there, read some nutshell general overview on what tarot is, on the 78 cards, and then find a book on tarot that resonates with you, either because you feel like you can identify with the author, or you really like the writing style in the sample chapters from the book you read, or heck, just that you are satisfied with the book reviews you’ve read. Then get a tarot deck that you connect with and begin reading tarot for yourself.

AAP: What’s the best compliment you’ve received for your book so far?

BW: A few folks have commented that Holistic Tarot is going to be an important literary landmark for tarot studies. That makes me blush to the high sun.

AAP: What’s next for you?

You can learn more about Benebell Wen at http://benebellwen.com.