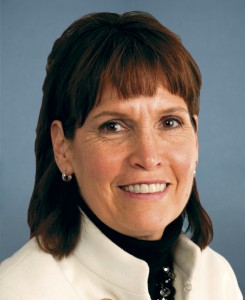 Washington, D.C. (June 18, 2014) — In a landmark ruling Wednesday, the federal Trademark Trial and Appeal Board (TTAB) ruled that the name of the National Football League’s Washington franchise, owned by Mr. Dan Snyder, is so offensive that it should not be granted protections as a federal trademark.

The largest Native American advocacy group in the country, countless members of Congress, over half of the United States Senate, and President Obama have all agreed that this name is a racial slur. Today, the TTAB agreed, calling the word “disparaging” to Native Americans.

“This ruling is a victory for decency,” said Congresswoman Betty McCollum (MN-4). “I commend the Native American petitioners and tribal leaders from across Indian Country for their courage to confront this ugly issue head on and strive for both justice and the respect they deserve.”

McCollum serves on the House Appropriations Committee. She is Democratic Co-Chair of the Congressional Native American Caucus.

“It is time for NFL team owners to have the courage to speak out and pressure Dan Snyder to change his team’s racist name,” she added. “Any effort by Mr. Snyder to appeal this ruling can only be viewed as a bigoted attempt to continue to profit from this racist team name at the expense of the dignity of Native Americans.”

On Thursday, McCollum sent a letter to Zygi Wilf, owner of the Minnesota Vikings Football Club, asking the team to accept the U.S. Patent and Trademark Office ruling to cancel and perspective that the Washington NFL team nickname is “disparaging to Native Americans.”

“The time for debate has ended – the name of the Washington franchise is clearly an offensive racial slur,” the letter states. “I urge you, as an NFL team owner, to not remain silent on this matter any longer.

“Thirty-one NFL franchises split the sales of their licensed merchandise equally. As you well know, when a shirt, cap, or jersey bearing the Washington team name is sold, the Minnesota Vikings share in the profit from that sale. After yesterday’s decision, NFL owners must now ask themselves if they want to continue to profit from a name so hurtful to our Native American brothers and sisters that the U.S. Patent and Trademark Office deemed it ineligible for federal protection. By taking a stand to change the mascot, you can send a very clear message to Native Americans and all Americans that your organization no longer wishes to benefit from the commercialization of that hateful slur.

In November, the Minnesota Vikings are scheduled to host the Washington franchise for a game on the University of Minnesota campus at TCF Bank Stadium. As the Vikings will be a co-host with the University on their campus, I would like to remind you of three facts. First, Minnesota has a strong Native American community and TCF Bank Stadium honors that community with a plaza recognizing each of our tribal nations. In addition, one of those tribal nations, the Shakopee Mdewakanton Sioux, contributed to the funding of this stadium. Lastly, the presence of the Washington franchise with their racist name on the University of Minnesota campus would be in violation of the Board of Regents’ Equity, Diversity, Equal Opportunity, and Affirmative Action Policy.

“Mr. Wilf, I believe you are a man of integrity. Therefore I am calling upon you to publically demonstrate leadership on behalf of your organization and the people of Minnesota by adding your voice to the millions of Americans who are calling for this racist mascot to be changed and for Native Americans to be treated with respect and dignity by the NFL. A strong condemnation of the Washington franchise’s name by the Minnesota Vikings Football Club will go a long way towards helping to change the mascot.”