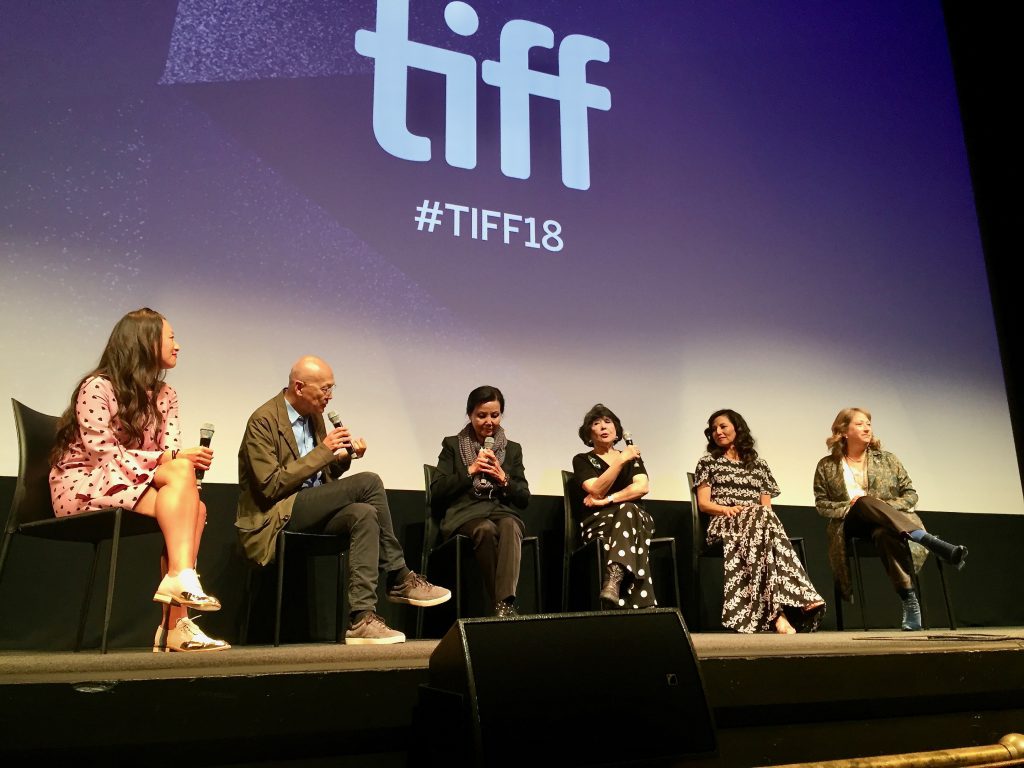 TORONTO (Sept. 15, 2018) — Twenty-five years after it first premiered at the historic, century-old Elgin Theatre on Sept. 16, 1993, “The Joy Luck Club” was screened again Thursday at the same venue as part of the Toronto International Film Festival.

To celebrate this special event, TIFF18 invited back director Wayne Wang and members of the original cast for a Q & A after the screening. Lainey Lui, cohost of CTV’s “etalk”, introduced the cast as they came out on stage, several of them in tears.

It was a memorable moment to see these artists in person a quarter century after I first watched the movie. Kieu Chinh, who played June’s mother Suyuan, Tsai Chin (Auntie Lindo), Tamlyn Tomita (Auntie Lindo’s daughter Waverly) and casting director Heidi Levitt were all present for a moving and inspiring session.

The film is based on Amy Tan’s bestselling novel, “The Joy Luck Club,” which, according to the original program notes, was transformed into “the kind of sweeping emotional epic many people associate with classic Hollywood films.” The story centers on June, a young Chinese-American woman in San Francisco, whose mother, Suyuan, has just died. Suyuan’s three closest friends — who form the mahjong group known as the Joy Luck Club — honor their late friend’s wish to send June to China to meet her twin sisters for the first time, and the film goes on to reveal the past lives of the the women.

Watching “The Joy Luck Club” again this time, I appreciate it more and am amazed at how relevant it still is today. The elegant opening scene brings back the fondness I’d had when I first watched it. The stylized stroke of a white swan feather, the symbol of hope, brushed across the screen, accompanied by the soulful music I can still hear in my mind as I write. But the forward-thinking film is most apt for a new generation of younger audience as well.

A common motif weaving through the stories of the four pairs of mother/daughter relationship is ‘know your worth’. Surprisingly, the mothers are the stronger women of their time. Living in early twentieth century China, where the family structure was feudalistic and society patriarchal, these four women represent the subservient class, an object for lust or as wife/concubine to bear a male heir, or one among the horde of refugees fleeing Japanese invasion at the outbreak of WWII. All four mothers had faced unjust and hardships beyond imagination, yet they persevered and grew stronger. Their resilience empowered them to stand up against discriminatory cultural traditions towards women and the bullying mistreatment from the men in their lives.

I was reminded of the superb dialogues, thanks to Amy Tan who wrote the novel and later co-wrote the screenplay. Not only are these lines not outdated, they speak more powerfully in our time of the #MeToo and #TimesUp movements:

“On that day, I learned to shout.”

“Know what you want, know your worth.”

And Suyuan’s (Kieu Chinh) heartfelt words as her daughter June (Ming-Na Wen) recalls and comes to appreciate only after her mother has passed:

“You have best quality heart taking worst quality crab. You have style no one can teach, must be born this way. I see you.” 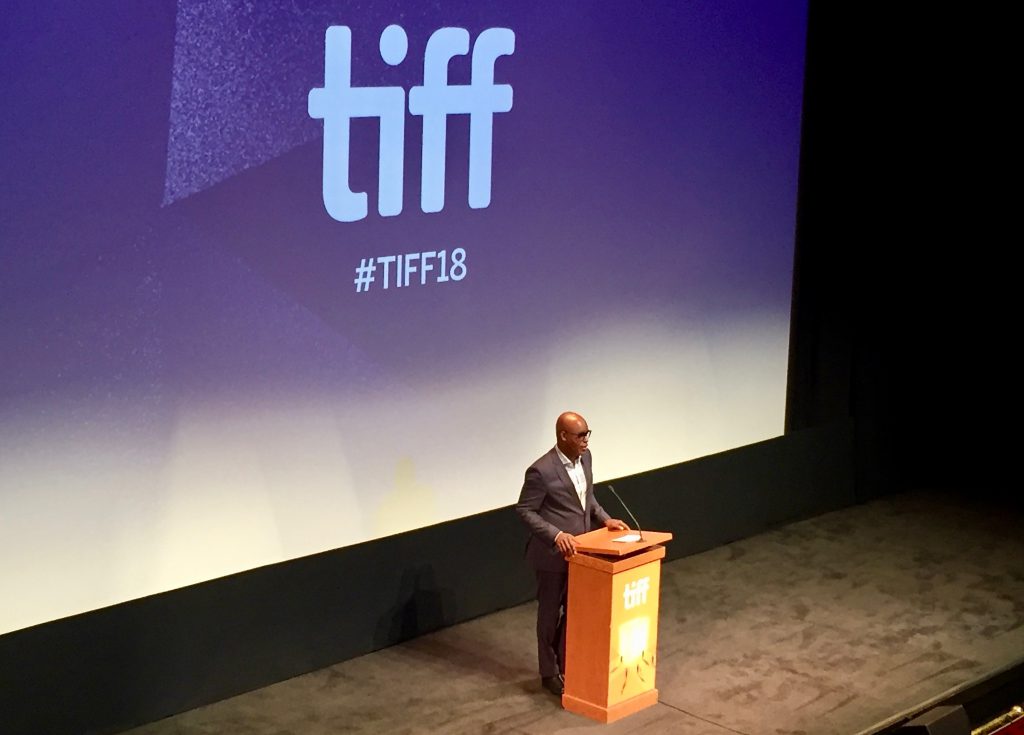 TIFF artistic director Cameron Bailey introduced the director and cast of ‘The Joy Luck Club’ before the screening. (Photo by Diana Cheng)

It’s ironic to watch these older generation of women showing themselves stronger than their American-born daughters in standing against inequality and abusive relationships. Maybe the myth of the “model minority”, the labelling of the “exemplary immigrant” had a silencing effect on these women, not only in society at large but within their homes as well.

During the Q & A after the screening, moderator Lainey Lui asked casting director Heidi Levitt to respond to the usual excuse for not including more diverse actors in movies being that “the actors are not there,” and “the talents aren’t out there.”

Levitt corrected such a myth by clarifying, “the talents were out there, the roles weren’t out there.” In reality, not that there weren’t enough Asian actors, but that the roles were very limited and minor for them.

As for best memories on set, Tsai Chin recalled she’d wanted to play Auntie Lindo from the start “because I know she’s a very difficult person. And I don’t have any problems with that,” she quipped. The salon scene where she and Tamlyn, who plays her daughter Waverly, have a heart-to-heart confrontation staring each other in the mirror, is for her the most memorable and cathartic. I’m sure that scene speaks to many in the audience as well.

Everyone on the stage that afternoon acknowledged the recent success of “Crazy Rich Asians” as a powerful boost to Asian American filmmakers and actors in busting down doors and barriers.

“We have to control our own destiny,” said director Wayne Wang. He called upon all crazy, rich Asians in Toronto, San Francisco, New York… to “put up your money and tell those stories.” They don’t need to put up a whole lot, a limited budget can still tell a powerful story.  And for fans of “The Joy Luck Club”, here’s a piece of good news: there’s a rumor that a sequel may just be a reality.

Let’s hang on to that swan feather and hope that the rumor will come true.