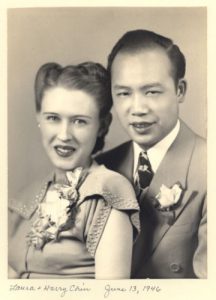 The Paper Dreams of Harry Chin

The haunting, poetic journey of secrets, identity and family set in 1939 follows the true story of Harry Chin, one of the many Chinese nationals who landed in the U.S. through a loophole in the Chinese Exclusion Act. Haunted by the ghosts of his past and provoked by the curiosity of his daughter, Harry is forced to confront his buried secrets.

Through leaps of time and space, we experience the abhorrent conditions at Seattle Immigration Station, Harry’s longing for the life he left in China, and the complications of love in a new land. Jessica Huang’s powerful new drama explores the personal and political repercussions of making a group of people “illegal.”

Watch previews of “The Paper Dreams of Harry Chin”

Note: There is adult language in this play, parental discretion advised for children under 16.