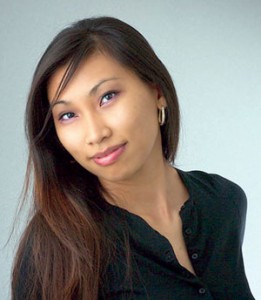 Saymoukda Vongsay’s creative and moving project “In the Camps: A Refugee Musical” will tell the story of the Lao people who resettled in St. Paul through a musical with traditional folktales and songs informed by 1970-1980s Thai and American pop.

MINNEAPOLIS (Jan. 24, 2018) — The Emerging Artist Project awarded a Lao American artist a grant to produce a musical play based on the migration of Lao refugees to America.

Saymoukda Vongsay was awarded $8,000 in December as one of nine artists grants to produce “In the Camps: A Refugee Musical.” The work will tell the story of the Lao people who resettled in St. Paul as a musical using traditional folktales and songs influenced by traditional folktales to Thai and American pop songs of the 1970 and 1980s.
Vongsay’s story follows the lives of Laotian families who escaped communist Laos only to await resettlement in Thai refugee camps until approved to relocate to St. Paul.  The music will be used to convey the experience of refugee survivor perspectives to better explore trauma and healing while simultaneously critiquing U.S. policy.
The John S. and James L. Knight Foundation awarded Vongsay a $30,000 grant last October as one of 29 grants to artists totaling $1.29 million in the 2017 St. Paul Knights Arts Challenge.
There will be two staged readings of “In the Camps: A Refugee Musical” presented to the public.
Share