Titled “Guitar Hero” and led by Maestro Scott Yoo, the concert showcases Rodrigo’s Fantasía para un gentilhombre and Tárrega’s Gran Jota de Concierto, as well as Shostakovich’s Symphony No. 10 in E Minor and Mozart’s Symphony No. 32 in G Major. Tickets are on sale now and range from $34 to $92, with student and military discounts available.

Spanish guitarist Pablo Villegas now calls New York City home, but his musical connection to Spain remains strong. He launched the 2015-16 season with the international release of his solo album, Americano, and will celebrate no fewer than seven orchestral debuts this season with ensembles including the Pacific, Cincinnati and Santa Barbara Symphonies, Norway’s Bergen Philharmonic, and Zurich’s Tonhalle Orchestra. Since his international breakthrough after his triumphs at the 2005 Tárrega Competition and 2006 Parkening Competition, Villegas has appeared with orchestras in more than 30 countries.

“Guitar Hero” puts great works for classical guitar in the spotlight, including Rodrigo’s Fantasía para un gentilhombre—arguably one of the most popular classical masterpieces to emanate from Spain. Consisting of four movements, it was composed for the great master of classical guitar, Andrés Segovia, and draws inspiration from 17th Century Spanish songs. Many fans will agree that Fantasía para un gentilhombre is one of the most beautiful masterworks in the repertoire, especially when heard live in-concert.

The second masterwork for classical guitar featured in the “Guitar Hero” program is Tárrega’s Gran Jota de Concierto. The Jota is a traditional Spanish folk dance that is most frequently performed with guitars and mandolins, as well as singers and dancers. By contrast, the flamboyant Gran Jota de Concierto features playful percussive effects and, like Rodrigo’s Fantasía para un gentilhombre, is most entertaining when experienced live. To learn more about the Gran Jota de Concierto, watch an interview with Villegas on WXQR New York that also features a live studio performance.

In addition to an active touring schedule, Villegas recently recorded a trio of Rodrigo concertos with the National Orchestra of Spain, thereby becoming the first in more than 20 years to capture the Concierto de Aranjuez with the ensemble. His previous releases include Histoire du Tango, a collection of violin-guitar works with Augustin Hadelich for the AVIE label, and Manuel Ponce’s Concierto del sur, a platinum title that he recorded with Alondra de la Parra for Sony Classical.

Besides inspiring rapturous reviews on both sides of the Atlantic (and soon the Pacific), Villegas has been featured on Spain’s national television and radio, and in such leading Spanish outlets as El Mundo. On Villegas, San Francisco Voice writes, “He stirred an enthusiastic audience with passionate romantic interpretations, bravura technique, and an unusually wide dynamic range. The subtlety, passion, technical command, and dramatic flair that Villegas displayed made an evening to be remembered.” 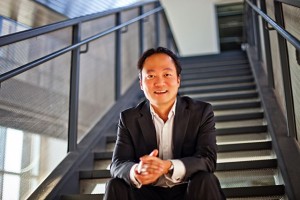 Maestro Scott Yoo has led orchestras across the nation, and will make his debut as guest conductor with the Hawai‘i Symphony Orchestra in the concert. After beginning his musical studies at age three, Yoo performed Mendelssohn’s Violin Concerto with the Boston Symphony at age twelve. He received first prize in the 1988 Josef Gingold International Violin Competition, the 1989 Young Concert Artists International Auditions, and the 1994 Avery Fisher Career Grant. In 1993, Yoo founded the Metamorphosen Chamber Orchestra, conducting the ensemble in its series at Jordan Hall in Boston, and more than ninety performances on tour.

Yoo has collaborated with eminent artists Sarah Chang, Edgar Meyer, Benita Valente, and Dawn Upshaw. He is currently Music Director and Principal Conductor of Festival Mozaic, and Artistic Director of the Medellín Festicámara, a chamber music program for underprivileged young musicians. As a guest-conductor, Yoo has led the Colorado, Dallas, Indianapolis, New World, San Francisco and Utah Symphonies, as well as the St. Paul Chamber. Abroad, he has conducted the City of London Sinfonia, the Britten Sinfonia, the Ensemble Orchestral de Paris, Odense Symphony, the Seoul Philharmonic, and the Yomiuri Nippon Orchestra.

Tickets: Tickets range from $34 to $92 and are available online at hisymphony.org, at the Hawai‘i Symphony Orchestra Box Office or through the Blaisdell Box Office. $13 student rush tickets and $20 military tickets are available beginning Monday, November 9 with a valid ID (must purchase in-person). Military discount is available to all Active Duty, Reserve, National Guard, Coast Guard and Department of Defense members and their spouses.