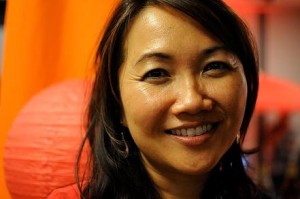 MINNEAPOLIS (April 12, 2015) — In April, more than 100 Lao American scholars, artists and community builders will gather in Minneapolis for the first National Lao American Symposium and Writers Summit to reflect on 40 years of Lao American experiences.

The theme is “Our Shared Journey: A Symposium On 40 Years Of The Lao In The United States.” This event is led by a partnership with the University of Minnesota’s Immigration History Research Center and the Lao American Writers Summit.

Minnesota has the third largest Lao refugee population in the United States after California and Texas. An estimated 12,000 Lao are rebuilding their lives across Minnesota today. The state has been host to numerous events of historic importance to the Lao American community over the years, including the first National Lao American Writers Summit, the Legacies of War: Refugee Nation Twin Cities exhibit, Little Laos on the Prairie’s Refuge of the InvisibLao exhibit and many others. This year the SatJaDham Lao Literary Project is celebrating its 20th anniversary.

“This is a really significant moment in time for our community,” said Saengmany Ratsabout, who is the Program Coordinator for the Immigration History Research Center at the University of Minnesota. He is also serving as a chair of the symposium.

1975 marked the formal end of the Laotian Civil War. The United States Central Intelligence Agency (CIA) under the pretext of the United States Agency for International Development (USAID), recruited and trained irregular paramilitary forces operating within the Royal Lao Armed Forces. Aerial campaign and carpet-bombing conducted by the United States resulted in more than two million tons of bombs dropped on Laos from 1964 to 1974, making Laos the most bombed country per capita in history. The conflict ultimately led to the displacement over 700,000 refugees around the world, including 400,000 resettled in the United States.

“Already, we have confirmed there will be Lao coming from over 13 states from all walks of life,” said Chanida Phaengdara Potter, the founding editor of Little Laos on the Prairie. Phaengdara Potter has been busy in recent years organizing the Lao Diaspora Project to document Lao American stories across the U.S.

During the course of the Symposium, noted scholars and community builders from across the U.S. will share their perspectives on the Lao journey and how the culture has changed over the years, and what it has preserved. The keynote speaker is Dr. Phitsamay Sychitkokhong Uy, an Assistant Professor at the University of Massachusetts-Lowell. There will be significant discussions about the power and pitfalls of storytelling and contemporary efforts to tell the Lao American story, particularly in the digital age.

“Thanks to support from the Canadian Arts Council, this will also be the very first time the poet Souvankham Thammavongsa will be able to meet with many of her peers and contemporaries in Minnesota,” said writer Bryan Thao Worra. “She recently received the prestigious Trillium Award a well as the CBC Book of the Year Award for her latest collection.”

This will be a particularly significant return for Catzie Vilayphonh, who was a chair of the first National Lao American Writer Summit in 2010 with Thao Worra, Saymoukda Vongsay and Chanida Phaengdara Potter.

Vilayphonh had since gone on to found Laos In The House, an interdisciplinary exhibition currently on display at the Asian Arts Initiative in Philadelphia.

“Many of the participants are emerging writers,” said Vilayphonh. “This is important to us as organizers because we want all of our community members to treasure their stories and to share them again. You don’t become an expert at it overnight, but to get closer to it, you have to be committed to telling what you can as well as you can. But as our recent experiences have shown, there are many ways to tell a story.”

One of the writers attending who has discovered this is Krysada Panusith Phounsiri, who recently released his debut book of poetry, Dance Among Elephants with California-based publisher Sahtu Press. “I can’t wait to see everyone,” Panusith Phounsiri said. “I’m amazed at the incredible talents who are coming and what we can build together.”

As one of the few Lao American publishing companies in the U.S., Sahtu Press was formed two years ago by Nor Sanavongsay, who had been a participant in the last National Lao American Writers Summit. “It’s amazing how fast the time went, and how much has changed since we last gathered,” Sanavongsay said. “There are so many stories that have yet to be told.

“Some write a novel. Others draw a picture. Others write a poem or sing it in a mor lum, but the important thing is to find a way to express our journey, and share it” said Thao Worra. “We have accomplished film-makers like Xaisongkham Induangchanthy and artists like Sayon Syprasoueth coming in to be a part of this. What will happen when we meet each other all face to face after so many years? It’s hard to say, but if the last five years are any indication, this is a prelude to something wonderful.”

“This isn’t something we can take for granted,” said writer Saymoukda Vongsay. “Trying to coordinate so many people’s schedules meant that we had to make some difficult decisions, and not everyone could make it from the last National Lao American Writer’s Summit in 2010. The next time we get together like this may not be until 2020, five years from now.”

The symposium will be held April 17-18th, 2015 at University of Minnesota’s Urban Research and Outreach Center (UROC) located at 2001 Plymouth Ave North, Minneapolis, MN 55411. It is free and open to the public, but space is limited and participants are asked to register at: http://z.umn.edu/Lao40. The symposium will include panels, workshops, performances and light food. There will be a public reception on Saturday, April 18th at Co Exhibitions located at 1101 Stinson Blvd NE #2, Minneapolis from 6 to 8 p.m.