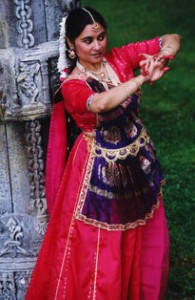 To celebrate its 25th season, Katha Dance Theatre presents IN RETROSPECT showcasing its rich history, along with the variety, diversity and ingenuity of its critically acclaimed repertoire.

Noteworthy collaborations have played a central role in Katha’s 25-year history, including groundbreaking cross-cultural partnerships that put contemporary spins on the traditional dance of Northern India.  For In Retrospect, Katha will revisitSundari Aur Nag, a classic retelling of the Beauty and Beast fable with the Ethnic Dance Theatre, first performed in 2008 and the Ordway Center for Performing Arts’ first local commission.

Inspired by Kathak-Flamengo UnitedRhythmPassion (1998), Katha Dance Theatre will premiere two Kathak-Flamenco collaborative works with Zorongo Flamenco Dance Theater, stressing the common ground between these two distinctive dance traditions.  Other highlights will include “Smile,” a new work of Kathak dance with gospel music along with pieces from Soul to Sole (2010) and Ekam–The Supreme Oneness (2011) with Robert Robinson in an “unexpected but successful combination” that was noted for its “surprisingly uplifting results” (Star Tribune).

Tickets to Katha Dance Theatre’s In Retrospect are $15-25 and can be purchased online at www.theoshaughnessy.com or by calling 651-690-6700.

The mission of Katha Dance Theatre (KDT) is to preserve the Kathak dance culture of Northern India through the development of innovative and collaborative work.  The company strives to make Kathak accessible through an uncompromising commitment to educational programs, performances and outreach efforts, which push the forms boundaries while establishing a diverse cultural community that embraces all.

Kathak is among the six major classical dances of India and one of the most dynamic theater arts in the world. Kathak dance originated in the Hindu temples of North India. These temples were known as arts centers where students would learn from the masters of their art form. The word Kathak literally means “storyteller.”

The Kathakars used music, dance and mime to narrate Hindu epic tales, sacred legends, folklore, and mythology. With the emergence of the Moghul Empires, Kathak dance transformed from an art form for Hindu devotion to a form of entertainment that emphasized technique and aesthetic.  New components of Kathak dance emerged, including pirouettes, fast rhythmic footwork, and brisk movements. Kathak dancers began to tie bells to their ankles to add percussive sound to their movement.  Today, Kathak dance is still an evolving art form that is a blend of Hindu and Persian cultures.