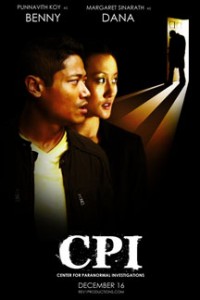 Minnesota filmmakers Pete K Wong and Julia Kong present Part 1 of a 3 part web series, CPI: Center for Paranormal Investigations. The debut segment, “It Happened on the Way” follows two CPI agents, Benny and Dana, as they unravel the mysteries of the paranormal.

The film hit the Web on Dec. 16th and can be viewed using the Vimeo viewer at www.rev1productions.com. There is also the Behind the Scenes Look at the making of CPI. Leave a comment, and Like the film on Facebook.

The Second and Third part will be out in January and February 2012.