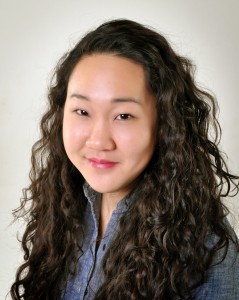 MINNEAPOLIS — Like so many aspiring Twin Cities creatives, 23-year-old Naomi Ko is a recent graduate of the University of Minnesota who resides in Uptown and can most often be spotted at Magers & Quinn or Falafel King.

Unlike her peers, this January 16-26, the young writer and actor will be travelling to Park City, Utah, for her onscreen debut in Dear White People, the highly anticipated film from writer and director Justin Simien, at the 33rd annual Sundance Film Festival.

An early contender—and fan favorite—for several awards,Dear White People is “a satire about being a black face in a white place,” and was partially funded by a 2012 Indiegogo campaign that went viral.

The movie, which was filmed in Minnesota last August, follows the stories of four black students at an Ivy League university where a riot breaks out over a popular “African-American” themed party thrown by white students.

Ko plays Sungmi, a calm and collected Korean art major that hangs out at the Black Student Union and serves as the film’s racial icebreaker. Unlike the other characters in Dear White People, Sungmi’s ethnic identity is never called into question. This principal role was a perfect debut for Ko who studied art history in college and whose own writing explores Asian-American and millennial identity in the Midwest. Minneapolis actress Naomi Ko, above, and at right in a scene from the film, ‘Dear White People” which debuts at the Sundance Film Festival this week.

Since graduation, she has performed in numerous local theatre productions and been mentored by the Fellowship of the Cranes, an affiliate of the Council of Asian & Pacific Islanders that sponsors Asian-American artist retreats with help from a State of Minnesota Legacy Grant. Ko’s acting credits include performances at Mixed Blood Theatre and Mu Performing Arts, as well as co-writing and co-starring in two productions, “Under My Skin” with Mu Performing Arts and “Story Spirits” with the New Age Salon and Bedlam Theatre.

Ko’s on-screen debut is a principal role in “Dear White People,” the highly anticipated film directed by Justin Simien which will premiere at the Sundance Film Festival this January. When not acting, Ko competes in Twin Cities and Chicago Story Slam competitions and writes for The Huffington Post. Visit her online at www.konaomi.com.