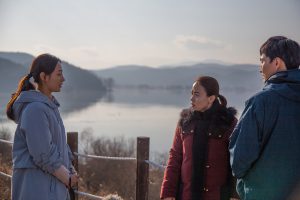 CALGARY (May 17, 2017) — The 43rd Seattle International Film Festival kicks off on Thursday, offering film lovers a 25 day smorgasbord of selections to meet every personal taste.

“Come, Together” (2016, Biashin Pictures) is a South Korean feature in the Asian Crossroads program.  In the style of candid realism with a touch of deadpan humor, director Shin Dong-il paints some human faces in his depiction of the rat race in the highly competitive Korean society.

To be accurate, father Park Beom-gu (Im Hyeon-gook) has just dropped out of the race, being fired from his middle management job after working 18 years in the company. The loss of a job is a devastating blow to his sense of identity as the head and main breadwinner of the family.

Wife Mi-young (Lee Hye-eun) sells credit cards. She is under great pressures to perform, prompting her to step out of ethical bounds. The younger generation has tremendous challenges as well. Daughter Ha-na (Chae Bin) has to live up to the expectations of her parents to get into university. Her application status? Number 18 on the waitlist, a precarious position.

All three in the small family have to deal with their own challenges. Director Shin effectively leads us to follow the three storylines, painting some candid portraits of the social culture, perform or perish, and the chillingly appealing escape routes.

Cinematically revealing, “Come, Together” is a social commentary on the results-driven, ruthlessly competitive social environs. As the patriarchal structure prevails, the loss of a job for the male head could bring about the disintegration of the family, or the marriage. Beom-gu meets a man in the same boat. He lives in the unit one floor above the Parks. The unemployed male seems to be a common demographics during an economic downturn. Director Shin shows us how easy it is to veer off the path of sanity into a tragic end. 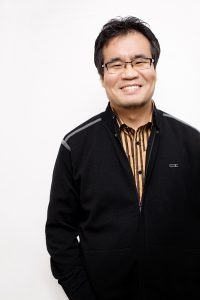 Fortunately, Shin does not lead us to witness total disaster. Each of the three Park family members treads the path to self-realization as they come to discover that which is of value, the appreciation of life and the desires of the heart. Societal norms and expectations, the constraints that box them in are actually arbitrary. The acclaimed Japanese director Kiyoshi Kurosawa’s “Tokyo Sonata” (2008) describes a similar story. Shin’s “Come, Together” is a Korean version of the same scenario.

“Come, Together” will screen on May 30, June 3 and 4 in Seattle. Director Dong-il Shin is scheduled to attend on the last two dates. More info at https://www.siff.net/festival/come-together.