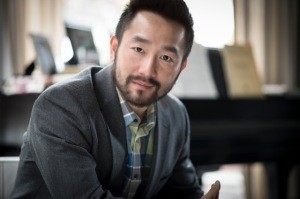 Dublin, Calif. (Feb. 25, 2015) — Laotian American poet Bryan Thao Worra will be among the guests of honor at the 2015 CONvergence convention in Minnesota this July.

CONvergence is an annual convention for fans of Science Fiction and Fantasy in all media. This four-day event attracts more than 6,000 members, and is the premiere event of its kind in the upper Midwest. Several panel discussion will focus on discussions of dystopia and around the 2015 CONvergence theme, “Doubleplusgood.”

Another Asian American guest of honor scheduled to appear at the convention this year is Chicago-based novelist Wesley Chu. In 2014, Chu was shortlisted for the John W. Campbell Best New Writer Award. Chu’s debut novel, “The Lives of Tao”, which received the Alex Award from the Young Adult Library Services Association, and was a finalist for the Science Fiction Goodreads Choice Award. The sequel, “The Deaths of Tao”, continues the story of secret agent Roen Tan, and his sarcastic, telepathically-bonded alien, Tao.

Chu has two more books scheduled for 2015. The last book in the Tao trilogy, “The Rebirths of Tao”, is coming out April 7, 2015. “Time Salvager”, featuring an energy-stealing time traveler with addiction issues, is slated for July 7, 2015. 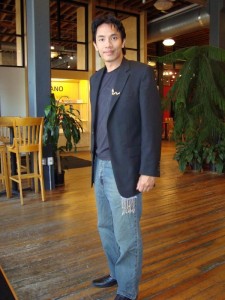 As a Lao American writer, Bryan Thao Worra has worked tirelessly to redefine the limits of Lao writing and community expectations of it. His most recent book DEMONSTRA won the Elgin Award from the Science Fiction Poetry Association for Book of the Year.

Thao Worra is the first Lao American to become a professional member of the Horror Writer Association. He has over 20 awards to his credit, including an NEA Fellowship in Literature. He is the author of six books with writing appearing in over 100 international publications.

His work has been featured in Tales of the Unanticipated, Innsmouth Free Press, Journal of the Asian American Renaissance, Dark Wisdom, G-Fan, Astropoetica, Expanded Horizons, Uncanny Magazine, Strange Horizons, Lakeside Circus, and more. He is the Creative Works Editor of the Journal on Southeast Asian American Education and Advancement.

Thao Worra’s work is on display at the Smithsonian’s national traveling exhibit, “I Want the Wide American Earth: An Asian Pacific American Story.” He represented the nation of Laos in 2012 as a Cultural Olympian during the London Summer Games. You can learn more about Bryan Thao Worra at his blog, thaoworra.blogspot.com, and follow him on Twitter as @thaoworra.

The CONvergence convention will be held July 2-5 at DoubleTree by Hilton Hotel 7800 Normandale Blvd. in Bloomington, Minnesota. You can register at http://www.convergence-con.org/get-involved/register.