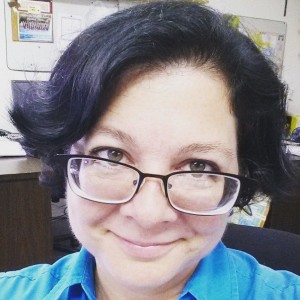 Emerald Coast, Fla. (July 17, 2015) — Angela Yuriko Smith has been a journalist, a host for a weekly internet radio show called Journal Jabber and daily blogger. Her published works include fiction and nonfiction and have been included in various anthologies.

A member of the Horror Writers Association, her published works include End of Mae and Mr. Bonejangles & Other Tales of Dark Karma. Asian American Press had a chance to catch up with her to discuss her work. You can visit her online at: http://dandilyonfluff.com.

Asian American Press: You always have so many projects going on at once. What are your top three at the moment you’re really excited about?

Angela Yuriko Smith: The project I am the most excited about right now is The Braid, a short story available as a pre-order until it’s release July 31. It’s the first story I’ve released since attending the World Horror Convention this past May. I met Peter Salomon there, and he graciously beta read The Braid and gave me some fantastic critiques. I’m excited to see how my readers respond.

I’m also working on a rewrite of my first book, End of Mae, for its fifth anniversary next May. That was my first significant work of fiction and it was well received, but now I can see how it could be so much better. That’s one of the benefits to self publishing—freedom over our creative work.

In August I’ll be releasing another short story called The Heaven Grift which is receiving positive feedback from my beta readers and events where I’ve read it live.

AAP: Let’s go back to the beginning. How did you get started as a writer, and what was life like for you growing up?

AYS: Writing has been a part of my life from my earliest memories. My mother taught me to read well before kindergarten and I learned early that stringing letters together made magic. I don’t think there is a time in my memory when I didn’t want to write. 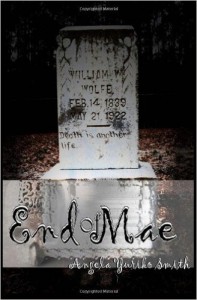 My first story was written sometime in early grade school. It was about a man who went insane in his house because he heard babies crying all the time. He killed himself of course. When the house was torn down later, the walls were found to be stuffed with tiny skulls. It made no sense, but it gave me the idea that I could create anything I wanted to with words. Words were freedom.

My mother was half Okinawan and told me that our family back on the island made their living as mediums, so ghosts and things that knock in the night were always a part of my childhood experiences. There was even an exorcism in our house at one point. My father was a Vietnam veteran so he came with plenty of ghosts of his own.

I was a Mormon kid that went to Catholic school and was obsessed with the supernatural… a very awkward child with few friends. Fortunately, books were excellent company.

AAP: Who do you consider some of your personal literary role models? Who would you consider your strangest influence?

AYS: I particularly adored Sir Arthur Conan Doyle, Dickens and Poe. I wanted to write with the complexity of a Holmes tale while building the reader relationships Dickens seemed so adept at. Poe satisfied my need for the beautiful and elegant morbidity that drew and repulsed simultaneously.

My strangest literary influence was my father. I told him I wanted to be a writer. “You can’t be a writer, you squirrel,” he said. “You haven’t lived yet. Go do something interesting and then maybe you can have something to write about.” I don’t think it’s what he meant, but not long afterwards I ran away from home and had many adventures that spanned about seven years of hitchhiking all over the US and Canada. It was good advice.

AAP: Among the areas you’ve taken your writing is the horror genre. What’s the first horror story you read, and what made you decide you wanted to try you hand at writing your own?

AYS: I can’t remember a specific first horror story. I think Stephen King’s Carrie was one. When I read that I was confused by the idea of menstruating, so it had to be pretty early on. I know there was a collection of scary books on my parent’s shelves I dug into often. They entertained me by day and then haunted me at night.

There was never a decision to write my own stories, at least a conscious one. The first story, the one about the crazy man in the baby skull house, popped into my head one day and demanded to live. That’s how they still usually come to me—like pushy visitors. I can only get rid of them by setting them in type.

AAP: You’ve held all sorts of jobs over the years, but what are some of the most surprising skills you’ve picked up that have come in handy for you as a writer?

AYS: Being a janitor was the best job for observing people. Few people notice janitors, they intentionally turn their attention away, so janitors have free reign to people watch. I really got to see people at their ugliest and truest during that time. I also learned some secrets. I maintain that if you ever want to learn the inside scoop of an organization, clean their toilets.

Of course, working in a newspaper has taught me deadlines, editing and how to push the words out whatever the muse is doing. I’ve learned a lot of useful publishing things as well, like graphic arts and creating layouts for press.

AAP: What’s your advice for a beginner who is interested in getting involved with writing?

AYS: If you want to write, be promiscuous with your words. Write anything for anybody for any reason. I have written reviews for food, computer products, books, restaurants, press releases, blog posts, jingle contests, greeting card poems, graffiti on bathroom walls, personal letters… do it for the love of words.

If you want to be published, be promiscuous with your byline. Start for free if you have to, but make sure your name is on every string of words you can get into print. Enter every podunk contest you can find. Seduce readers as relentlessly as Don Juan in a nunnery. Keep your mouth closed and your fingers moving. You aren’t a writer by talking about it. You are a writer by writing.

AAP: When are you most excited with a story? And when do you know a story you’re writing is finished?

AYS: I am most excited when I vanish as a person and the story takes on a life of its own, when even I don’t know what’s coming up. The characters become alive and make decisions without me allowing me to be observer and creator at the same time. It’s less creating then, and more like channeling.

I know the story is done when it turns off. One minute I’m typing my fingernails flat and then suddenly its over and I’m left blinking and disoriented… and exhilarated. Few things are as deeply fulfilling as completing a story.

AAP: What’s a personal rule you set for yourself as a writer?

AYS: Write with no excuses. When I had small babies, I wrote sitting on the floor, nursing while typing. When I only have five minutes because I’m exhausted and I have nothing left, I write about how exhausted I am for five minutes. I write when my muse has curled up and died and when everything coming out of my keyboard reads like bland crap.

I love being alive, but one day my expiration date will catch up to me. Until that time, the more I write, the better chance I have at immortality. I’m no Lovecraft, but I hope my words will resonate long after I’m a dust mote.

The only way that will happen is if I keep writing with no excuses.